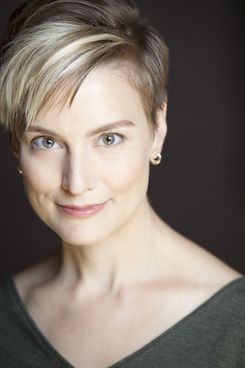 As producing artistic director of Milwaukee Opera Theatre, Jill Anna Ponasik revels in the opportunity to direct, perform, program, and support artists and their work.

Actively engaged in expanding access to opera, MOT works with community partners in dance, theatre, and music to generate new work and create innovative productions of existing work that aim to transform the landscape of contemporary lyric theatre -  with a special emphasis on artists who live and work in the Milwaukee area.  These projects have included 26 - a fantasy inspired by Italian songs and arias, a toy-theatre production of Amahl and the Night Visitors, Jason Powell’s comic opera Fortuna the Time Bender vs. The Schoolgirls of Doom, Dominic Argento’s From the Diary of Virginia Woolf, Nautilus Music-Theatre’s Meditations on Arion, the tango-opera Maria de Buenos Aires, a classroom Candide, The Eurydice Project - a three year collaboration with Carroll University, The One Stop Opera Shop - a cabaret for Skylight Music Theatre, the rock recital Guns N’ Rosenkavalier, the world premiere of Kamran Ince’s Judgment of Midas, Walton and Sitwell’s Façade, and a L'enfant et les sortiléges that was built out of trash.

Jill Anna has received awards from The Metropolitan National Council Auditions, The Schubert Club of St. Paul, Milwaukee's Civic Music Association and the Wisconsin and Minnesota chapters of NATS. She holds degrees from the University of Minnesota and the Rice University Shepherd School of Music. 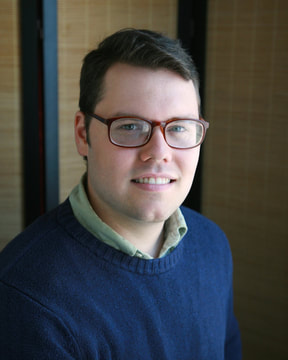 ​Music-theater artist Daniel J. Brylow has contributed to the burgeoning field of contemporary opera and new music-theater as a stage director, performer, translator, and arts administrator. He has participated in some capacity in several new operas, including Judgment of Midas (Ince), Kocho (Fisher), Río De Sangre (Davis), Border Towns (Brooke), and Time and Motion Study (Brooke). As a translator, his English-language adaptations of Don Giovanni (co-written with singer Tim Rebers), Der Ring des Nibelungen, Die Zauberflöte, and Les contes d'Hoffmann have been performed by such companies as Skylight Music Theatre and Milwaukee Opera Theatre, where he is on the administrative staff.

Danny is a graduate of Bennington College with a degree in Music and Drama, and the Wesley Balk Opera/Music-Theater Institute with an emphasis in Stage Direction.
For more about Danny, visit his website at www.danielbrylow.com.